skip to main | skip to sidebar

The Romanian word taraf derives from Turkish. In Romanian it means ensemble, small orchestra, band. In Turkish however it means side, facet. Turkish itself loans this word from Arabic (طرف), where it means extremity. It derives from the root tarafa, which means to blink, to twinkle. How it comes from wink to extremity and from extremity to ensemble is obscure for me.

Nevertheless, this has nothing to do with the world famous word tariff (Hungarian tarifa), which also derives from Arabic, but from a different word ta3reef (تعريف), information, announcement, notification, list of fees to be paid. This was adopted by Latin, Italian and English as well. Its root is 3arafa (عرف), to know, to recognize.

Posted by abdulrahman at 11:44 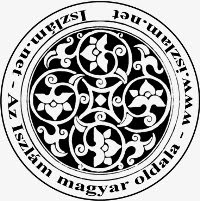 "Those who know Arabic are jinn among humans, they can see what nobody else can." (Imam Shafii)